Summary: A nice addition to the Angry Birds collection of games. You have to use your head to clear levels. This is my favourite of them all... so far.

As the majority of the world already knows, the original app had the rather large green boomerang birds, but guess what, the moves those smart creatures used to pull off, work on this new version too. I love the Angry birds games so I took a little time out to write an Angry Birds Space Review for our visitors.

The cult status of the big Green bird is also true of the new purple bird. To use this bird for its powers the most, it works best if you let it fly past the object you are wanting to strike, and then launch. Another cool feature is that the yellow triangular-shaped bird which is on all of the other franchised game apps, is now able to change direction and even come back on itself!

As with earlier releases, there are still angry birds that have the power to split into three pieces, birds that explode and also the incredible mighty Eagle (now in the form of a space Eagle) to come and help you save the day if you really are struggling, but only if you have done well enough to earn its help.

Individually, each level itself is designed pretty well, offering a big enough challenge for newcomers without having to already previously played the game. To be honest, I have played the old angry birds so I whizzed through it and it doesn’t take much effort to complete the objective of the first level.

Don’t expect to play like that all the way through, it’s not as easy as it looks. The later levels have you thinking about gravity fields which means you really need to get thinking of how to complete the level in a way that no other Angry Birds game has done before.

Despite the game having a few continuity issues, such as pigs not being able breathing in space but birds can, the app is still a great game. It includes mini games to break up the tough missions with their own challenges.

The big question is, are their any complaints from me? No, there aren’t many. One of my only complaints is that when the game is paused it contains links to the iTunes store in which you can purchase other angry birds games, this is pretty annoying. 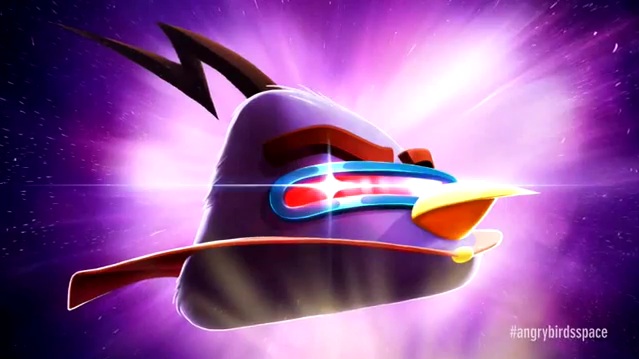 For the total cost of 69p for the game, you should not really expect there to be any adverts, how rude!

If you enjoyed the previous Angry Birds games, you’re definitely in for a treat, especially if you download it on the new Apple retina display, its out of the world!

It must be said though, the graphics on this game paired with the Retina Display on the new iPad makes this a fantastic combination.

Sean Alder Throughout my life I have grown up learning and understanding more and more about technology. I am a successful apprentice and digital marketer. In my spare time I enjoy talking about technology and writing on other websites to share my thoughts on gadgets to the world!