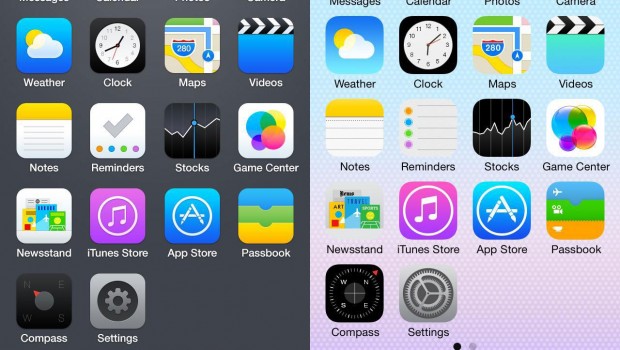 It sure is going to be a busy week for Apple and the so-called fan boys out there.  Following the September 10th announcement of the iPhone 5S and 5S in Cupertino, today is going to be a big event as well for existing users of the iPhone, iPad and iPod Touch, as they will finally be able to update their devices to iOS 7.

Release time for iOS 7 is assumed to be at 10AM PST (if we were to take cues from earlier iOS releases). That’s 6PM today for UK iOS device users. The OS will be available for download Over the Air (OTA) and through iTunes.  Apple’s new OS is compatible with iPhone 4 onwards, iPad 2 onwards and fifth generation iPod Touch.  Users are advised to back up their iOS devices before proceeding with the installation of the iOS 7.

Below is a rundown of events leading to today’s iOS 7 release:

August 15: Apple surprised developers after seeding the iOS 7 Beta 6 ahead of the usual Monday release

August 19: Developers looked forward to the release of iOS 7 Beta 7. But the supposed Gold Master version was not seeded as expected.

September 10: The Gold Master of the anticipated OS was finally released to developers following weeks of speculations.

Earlier today: iCloud was released from Beta Status. The iCloud has been revamped and now embodies the icons, hues and interface of the iOS 7. Moreover, iWorks beta is now included in the iCloud.

What is much-anticipated about the new iOS release is its overhauled design. The skeuomorphic icons with its thick, deep texture of the Steve Jobs era have been laid to rest. In its place is a more simplistic design of flat icons and thin typefaces. The new OS also adopts candy color schemes for its icons, backgrounds and wallpapers.

Under the hood, new features such as the Control Center, a square camera mode and iTunes Radio will greet iPhone users.  It’s Safari app has also been enhanced with user-friendly gestures and a new set of functions.  Meanwhile taking cues from the Mac ecosystem, Apple brings Multitasking, Air Drop and Moments into iOS 7.

The flagship OS is being plugged by Apple, as the world’s most advanced mobile operating system. It makes me wonder how the upcoming Kitkat update from the Android platform will challenge this claim.

iPhone 5C and 5S Out on Friday

The new iPhone 5S and 5C will make its way into key Apple retail stores tomorrow.  Queues have already materialized outside Apple’s Regent store in London as of writing. This forms part of a long-standing tradition among die-hard Apple fans that of course want to be among the first owners of Apple’s new iPhones and iPads.  And the fact that this has been sustained since the iPhone 3G’s release speaks much about the strength of the iPhone brand despite losing its market share to Samsung Galaxy devices in the third quarter of this year.

Felix Tero I have always been fascinated with gadgets and the technology that brings them to life. My online-based job only makes me even more up-to-date with what’s going on in the gadget world. This interest and my flair for writing got me started blogging about this niche.

Why some Apps Make it while others don’t →