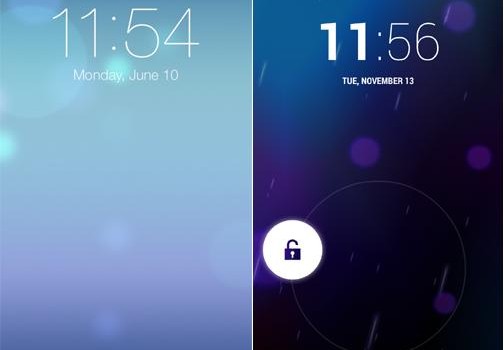 Apple recently announced iOS7. Apple finally released a few new featured but the big question is how does this compare to the current version of Android (4.2 Jelly Bean)?  In this iOS7 vs Jelly Bean comparison, we will take a look.

iOS 7 is an updated and nicely skinned version of iOS giving it more of a modern design. However, despite its new look, iOS 7 seems to be emulating many of the features that Android already utilizes. Some of these features include an upgrade on the update system itself, an improvement on the lock screen, advancements in navigation, music additions and camera enhancements. However, in these 5 upgrades they are still lacking in comparison. With that mentioned, within these upgrades are 5 features that Android has which iOS lacks.

5 Features that Android has which iOS lacks

Android has always seemed to present more in terms of features and overall usability. This has earned Android the reputation of being a pioneer in its market. With these updates, iOS 7 had hoped to lessen the gap between the two platforms.

With that said, though iOS 7 will arrive with many updated features, not all of them actually get implemented across all phones with each upgrade.

In fact, one thing that Android has that Apple still doesn’t is actually a better overall ‘upgrade’ system. Whilst Apple releases its upgrades less frequently and in giant clumps, the Android system allows for one to upgrade straight from the operating system. So, various things like Google Calendar, Maps, the Chrome browser and Google Search can be updated frequently and directly to all devices in an easy and seamless manner.

Also, Android users are able to take advantage of the recently expanded Google Play Services. This allows developers delve into core Android features within their own applications. Now, being updated independently of the specific operating system, this allows Google to release new system functionality to all devices regardless of the software that they are running. 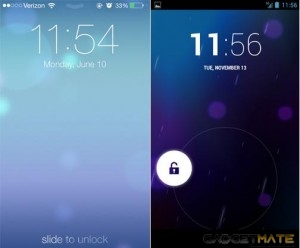 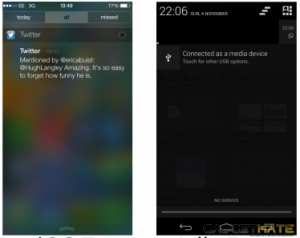 Another improvement that has been made for iOS 7 is the changes made to the notification bar. Although Apple now allows you to view the notification bar without unlocking the device, Android’s notification system is still much better and offers some features which the iOS 7 lacks. Android presents notifications in a neatly queued fashion allowing you to deal with them as they are received and needed. iOS 7′s process, on the other hand, boasts more clunkier system with users needing to browse their notification under “Missed”, “All”, or “Today”. Previously, iOS 7 users weren’t even able to view the whole queue of notifications. Although it ultimately depends on the preference in the way you would like to receive your notifications, the Android system universally provides a neater and more convenient system.

Additionally, navigation has also improved with iOS 7. Apple now features slide-out draws enhancing in-app navigation. However, Android’s enjoyed this feature for years, giving users the ability to navigate throughout different areas without needing to totally back out of one screen to get something. Android still remains the leader in the navigation department with its extra navigation features allowing for smoother interaction from one program to the other.

For music fans, iOS 7 has introduced iTunes Radio. Although it allows you to create your own radio playlists and can recommend Apple’s ready-to-go music stations, you can’t save full albums or tracks to the library like it could be done with Google’s “All Access” service. You also can’t pick specific songs to create playlists either, like you can with the Android. Although Google Music All Access comes with a monthly fee, it presents so much more than Apple’s latest venture into mobile music.

Lastly, with regard to camera usage iOS 7 has some nice improvements, but its other capabilities are limited more to photo effects very similar to Instagram. You will not be able to get marquee features like AirDrop and in-camera filters. Android’s cameras offer negative, Sepia and monochrome effects. Android also have more varied gallery apps.

iOS7 vs Jelly Bean – a conclusion

In conclusion, although iOS 7 has been released with a plethora of improvements, it still seems to be a step behind Android. There are at least 5 features that the Android has that iOS 7 lacks. Some of these features include a better updating system itself, a more customizable lock screen with widgets, better navigation, better music options and stronger camera usability.

We hope you enjoyed our iOS7 vs Jelly Bean comparison. Obviously these points are all opinion based. I’m sure Apple fan boys will disagree so give us your opinion and let us know your thoughts. 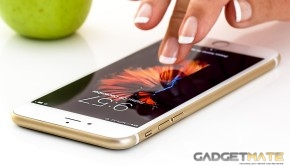 Why some Apps Make it while others don’t → 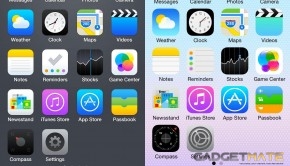