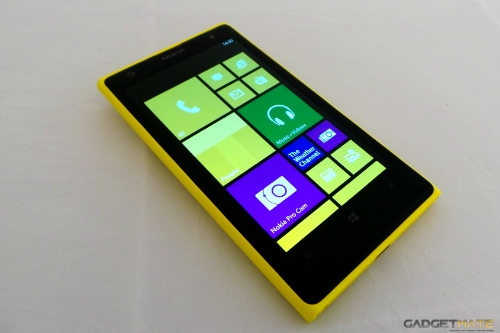 Nokia Lumia 1020: Everything you need to know

The BSI sensor, first seen on the Symbian-toting PureView 808, has been carried forward to the Lumia range as the firm looks to increasing the number of phone contracts it sells with the help of its camera technology.

According to Nokia the Lumia 1020 boasts the largest sensor of its kind on a smartphone, but how exactly does it differ from the standard cameras found on other flagship handsets?

Using a process called ‘over sampling’ pixels within an image are combined to make for smaller five megapixel pictures, removing any unwanted visual noise, before saving both types at the same time, ensuring users always get the perfect shot.

While the basic specs of the camera should be enough to please even the more advanced photographer, there is much more to the Lumia 1020’s offering than meets the eye.

Taken from Nokia’s previous flagship, the Lumia 925, OIS has been improved this time round to ensure images and videos are free from blur, a common result of shakes and jerks. The manufacturer has used ball bearings to mount the entire camera module, and as a result can compensate for up to 500 movements a second. With this second-generation OIS on board the camera is capable of capturing stellar images, even in low-light settings. 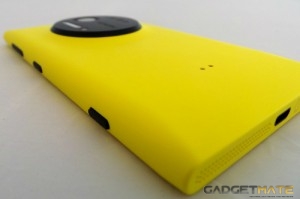 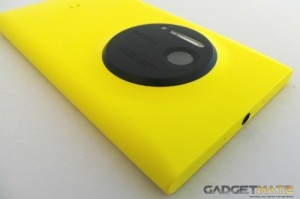 This isn’t the first time a Carl Zeiss lens has been built into a Lumia camera, and as seen on previous Nokia handsets it enhances image quality even further. Nokia claims it makes “pictures come to life” and the lens is made up of six-elements, which means every shot will have a greater level of detail.

Geared for taking the best pictures in all types of settings as well as the Xenon flash there’s an additional LED flash for auto-focus assistance. The Xenon flash can illuminate shots for 1/16,000 of a second, which is the total amount of time it takes for the Lumia 1020 to capture a picture at the minimum shutter speed.

The Lumia 1020’s video recording capabilities also take advantage of the extra resolution, and can shoot full HD videos at 30 frames per second. Its lossless zoom uses the same over sampling technique used for still images, and users can zoom in four times while recording in 1080p, and six times into a 720p version, without compromising on quality.

On the software side of things there’s the Nokia Pro Camera app, which features various swipeable dials for granular control over different aspects like exposure, manual focus, white balance and shutter speed, which can be reduced to as low as four seconds. Users can also re-frame and re-zoom images to produce several other pictures from a single shot.

The best camera phone yet?

Thanks to some innovative hardware and software the Lumia 1020 is shaping up to be one of the best smartphone cameras we have ever seen.

It’s certainly an impressive proposition on paper and judging by what we’ve witnessed so far it will have the performance to match. Nokia may not have recorded the best sales figures over the past few years, but there is no doubt that it has once again taken smartphone camera technology to the next level, and could well be the start of a successful new chapter for the company and future mobile innovations alike.