The CES 2013 at Las Vegas brought to light a newly discovered passion for wearable tech. Unlike previous years, when digital TVs with sprawling screens and speakers the size of cars used to make headlines, this year it was tiny, wearable gadgets that trended. Among them were the Martian Passport, the Pebble and the Sony SmartWatches. These watches sync with your smartphone and allow you to receive messages, read your social media feeds, and even take calls. As the world’s largest smartphone manufacturers, Samsung ( with the Samsung Galaxy Gear Smartwatch) and even Apple were quick to get the inspiration.

While the rumours about the iWatch have subsided a bit, the launch of the much anticipated Samsung Galaxy Gear SmartWatch now appears imminent. Lee Young-hee, Samsung’s executive vice president, hinted last week that curtains were going to be lifted on a new concept wearable device named Galaxy Gear on 4th September, ahead of the IFA consumer electronics show at Berlin. While Apple has also applied for a patent to the brand name iWatch in Japan, Samsung will be beating Apple to the market once again.

Samsung Galaxy Gear is a simple, wearable device that promises to look stunning, going by the leaked images that have been hitting the press now and then. Despite the short time remaining before it is unveiled, rumours about the Samsung SmartWatch are refusing to die down.

The latest allegedly “leaked specs” talk about a 2.5×2.5 inches OLED display with a 320x320p resolution. No, it wouldn’t be a flexible display as previously believed, Lee has pointed out. It turns out the Gear actually has a 1.5 GHz dual-core processor and 1 GB of RAM, which give it the specs of a lower-end smartphone.

The watch will expectedly sport a 4 MP digital camera with a 720p video-capture capability. And, if that sounds incredible for a gadget of this size, the Galaxy Gear also features speakers, Bluetooth and an accelerometer. If there’s truth in these rumours, Samsung has really crammed up a lot in a watch that is expected to measure just 3 inches diagonally. Not so exciting, though, is the battery life, which is rumoured to be just 10 hours.

We have reason to believe that Samsung Galaxy Gear has a square dial and runs Android Jelly Bean. It syncs with the Galaxy smartphone via Bluetooth, and can be programmed using an App called “Gear manager”. Rumour mongers are claiming you can pair up the Gear with a Galaxy smartphone by tapping the two gadgets together. The Gear manager will also allow you to set themes, clock dials, and even locate the watch if you have misplaced it.

Are There Any Surprises?

Despite the buzz surrounding the Gear, we are sure Samsung still has a few surprises up its sleeve. Among them, techies suggest, is the possibility that the Samsung SmartWatch may also function as a stand-alone device, without pairing with a Galaxy smartphone. It may run apps that help you track your activity, fitness or health on the go. Hopefully, Samsung has thrown in some extra features to make the Gear stand out from the Pebble and the Martian Passport, which actually pioneered the SmartWatch concept.

The rumours aside, it can be safely predicted that the launch of Samsung SmartWatch will be met with strong consumer demand, thanks to the global marketing potential of the Korean tech-giant. According to research, SmartWatch shipments are projected to swell to 36 million pieces within the next 5 years. With Samsung overtaking Apple in the SmartWatch race, all bets are on Galaxy Gear. 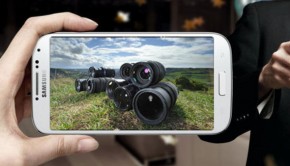 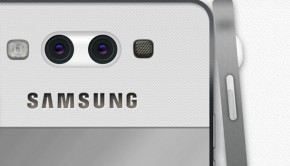